The future of the Italian reception system. Interview with the Director of the Servizio Centrale of the SPRAR system, Daniela Di Capua

The 29th of January 2014 was an important day for the Italian reception system.
Indeed, 456 SPRAR projects were approved by the Ministry of the Interior, increasing the overall capacity of the SPRAR system which has now reached 13.020 places.
6.500 additional SPRAR places have also been approved and can be activated, if deemed necessary, upon the request of the Home Office.

The Italian Reception System
Although obviously fluctuating, it can fairly be said that the number of asylum claims in Italy has been significant over the past years. Contradictorily, the measures adopted by the Italian governments to tackle this influx have been driven by a sense of “permanent emergency” and characterised by improvisation and a lack of planning, as emphasised by UNHCR in this July 2013 paper.
As a result, we have witnessed various reception systems developing in parallel, without any coordination and without rules on their respective competence.
The most important measures put in place by Italy for the reception of asylum seekers have been:
The main problem, which has always been at the basis of the Italian weakness in the field of reception, is the lack of places, be them within the SPRAR system or the CARA system. This structural weakness has often pushed the Italian authorities to resort to further temporary, extemporaneous or “emergency” solutions (hotels, former schools, former military barracks, “bed & breakfasts”,…) with a very poor level of services and no coordination with the other existing systems of reception. 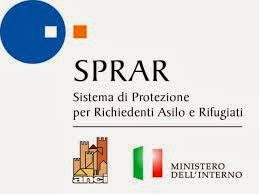 In particular, the overall capacity of the SPRAR system – despite it being publicly referred to as a flagship by the Italian authorities – has always been wholly inadequate to respond to the growing presence of asylum seekers in Italy. Suffice it to mention that only three years ago the SPRAR system consisted of only 3.000 places accross the whole of Italy.
In 2012 and 2013 the SPRAR system has constantly grown with ad hoc, temporary expansions, bringing the system’s capacity to around 9.500 places at the end of 2013.
But it is only with the Ministerial decree of the 29th of January 2014 – which will be valid for the period 2014-2016 – that the SPRAR system eventually reached a structural capacity of 13.020 places plus 6.500 additional places.
Despite being a very good result, this is far from sufficient to cover all the existing needs, especially if we consider that the turnover rate within the SPRAR structures is not particularly high. This means that the SPRAR will not be the Italian reception system but will only come to constitute a bigger part of the system, as compared to previous years.
Overcrowded, isolated and extemporaneous measures will continue to be resorted to by the Italian authorities to host some asylum seekers. The percentage of the “lucky ones” who will find a place in the enlarged SPRAR system, compared with the “unlucky ones” who will not find a place in a SPRAR project, will largely depend on the influxes of asylum seekers over the next years and on the turnover rate within the SPRAR.
Furthermore, we see the risk that this expansion – although welcome! – could lower the average standards of the services of the SPRAR system, given that many NGOs that will run, in collaboration with the municipalities, the newly-approved projects lack the necessary expertise in this field.
Our interview with Daniela Di Capua –  Director of the Servizio Centrale of the SPRAR
How did we get to this point? What are the main risks of this expansion and what has been and will be done in order to prevent them from occurring? What is the future of the Italian reception system?
These are the questions we asked to the Director of the Servizio Centrale of the SPRAR system, Daniela Di Capua. You can find a translation of her answers below.

1) In the last years, the number of asylum claims in Italy, although fluctuating, has certainly been significant. However, institutions have tended to respond to this issue in a contradictory way, and strategic and structural planning seems to be missing as highlighted also by UNHCR. On the one hand, SPRAR has been considered a good practice at the European level but with limited accommodation capacity. On the other hand, there are CARA and the extensive use of improvised and emergency solutions. After several “expansions” of the system and with the approval of the last decree (456 projects and 13.000 places plus 6.500 additional places), SPRAR has finally reached a dimension more in line with the real needs. How did we get here?
It is the result of a shared journey started almost 15 years ago when Italy began to try to deal with the reception of asylum seekers in a more structured way. Paradoxically, the major change occurred in the last few years with the so-called Emergenza Nord Africa (ENA – North African Emergency). Indeed, the way it was managed highlighted some very critical points so that SPRAR became the point of reference. In mid-2012, the Home Office established a national round table with the purpose of coordinating reception policies. Participants to the round table included the Home Office, the Department of Integration, the Department of Labour, representatives of the Regions, Provinces and Municipalities, and UNHCR as an external participant. This round table then acquired a permanent role. Regardless of the results achieved, it must be stressed that this coordination body represented the first attempt to share responsibilities and operational decisions between different levels of government.
The national round table put forward two proposals. The first proposal concerned the commitment to maintain the way undertaken until then and to create only one reception system, with SPRAR as its core element. This single system should be widespread and unique in the sense that reception and integration are to be seen  as stages of the same process and it must be open to all asylum seekers and beneficiaries of international protection. The second proposal was consequential and consisted in strengthening SPRAR capacity and moving beyond CARA. A possible alternative to CARA was identified in the establishment of so-called HUB, namely first reception centres, spread across the entire  national territory, preferably organized regionally, small-sized, and intended for short periods of stay. This proposal also referred to a more structural and coherent reorganisation of the reception of unaccompanied asylum seeking minors and to the launch of regional round tables to complement the national one. As of today, some objectives have been achieved. These include the increase in SPRAR capacity that should have initially grown from 3.000 to 5.000 places, but then was augmented to 8.000 places and finally last year a decree established 16.000 places as the overall accommodation capacity.
2) It seems that the idea is to move away from the periods of time individuals spend in the big common centres of the South (CARA), towards a rapid transfer of those individuals, upon arrival, in dislocated centres in various regional territories (HUB). From there, we would then attempt to insert them quickly in the SPRAR. What are the main difficulties that this change bring to the Italian reception system?
Aside from the obstacle of the (lack of) resources, which is constant and cross-cutting, the main difficulty lies in the fact that not all regions are immediately willing to be an active part of these regional round tables; not to mention their (un)willingness to receive a permanent collective centre in their territory.
Last year we witnessed many arrivals: about 43.000, out of which the majority were asylum seekers. The Home Office has had to use structures for temporary stays, which were improvised, extraordinary, limited to a provision of the basic services, opened “where possible”, where they could find availability. Concurrently, the Home Office identified big structures which should instead have had more structural and structured characteristics in the cities of Siracusa, Ragusa, San Giuliano di Puglia and Trapani. However, we are very far from having “regional centres”.
The second main obstacle that we witness is the length of the procedure for the evaluation of the international protection claims from the “Territorial Commissions” (Commissioni Territoriali – the administrative bodies in charge of examining asylum claims at 1st instance). This is a huge problem because the mechanisms are such that to transfer within one or two months an asylum seeker into a SPRAR project would also mean having a notable prolongation of the procedure and, consequently, of the period of reception, up to more than a year. Even a network of 20.000 places would be rapidly blocked because we would have a problem of turnover. This is a topic that the national round table has tackled several times: the big difficulty will lie in the fact that according to the relevant legislation, one cannot open more than 20 Territorial Commissions; or, rather, no more than 10 Territorial Commissions and an additional 10 sections of those Commissions. As of today, all of these sections have been opened already: three are working for the CARA of Mineo exclusively, which is now hosting 4000 people (which is an unimaginable, unthinkable thing…).
The duration of the procedure is partly due to the modalities of the interview and to the fact that we cannot hold in advance that individuals that arrive from certain countries, where we recognise a generalised situation of conflict, can be – given the impossibility of removing them – considered by default as beneficiaries of humanitarian or subsidiary protection without having to go through the Commission. We have not been able to implement those measures, and this has created significant problems, including for the reception system. 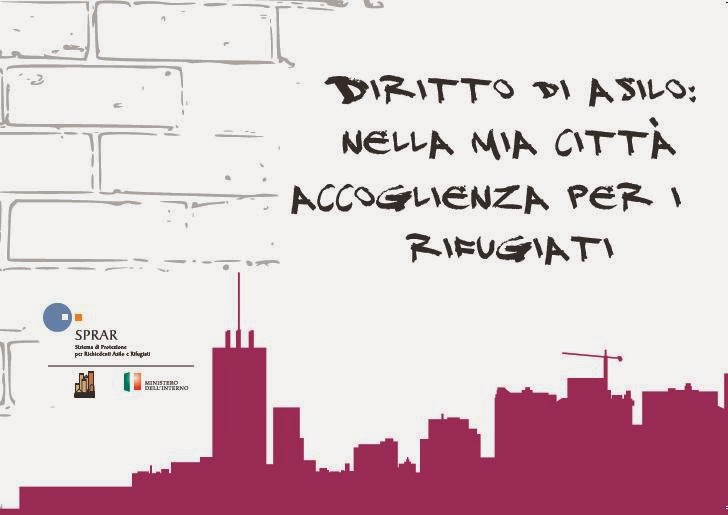